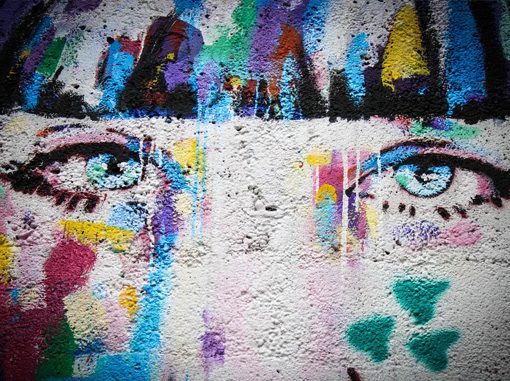 Limerick and Clare Education and Training Board’s Local Creative Youth Partnership is delighted to announce Scairt na hÓige, a new youth arts and culture festival taking place in locations around the Shannon Estuary at the end of August. This youth participation festival takes the Shannon waterway as its inspiration and will feature workshops in a range of art forms and maritime culture in Foynes, Kilrush, Limerick City and Scariff.

Music Generation Clare and Music Generation Limerick City, both partners in the festival, will deliver workshops and performances in Kilrush and Foynes against the backdrop of the magnificently restored historic ship Ilen, when it sails into the lower Shannon, mooring in each harbour town for two days. Speaking about the plans for the new festival, Monica Spencer, LCYP Coordinator, said: “Over the course of the Ilen visit, Kilrush Marina and Foynes Yacht Club will become animated with workshops in music, dance and story as well as in a range of sailing ship traditions; from tying knots to making signal flags and visiting the good ship Ilen.” She continued: “A pop-up cinema in Kilrush in the Merchant’s Quay Business Quarter will screen popular films throughout Friday 28th. This is a festival feature that comes in direct response to young people articulating the need for greater cinema access in the West Clare town.”

Young dance enthusiasts will be glad to hear that hip-hop dance artist, Tobi Omoteso is the featured artist of Scairt na hÓige and Tobi will lead workshops in Kilrush, Foynes and in Limerick City. Pery Square is the focal point of the Limerick City festival events with Limerick City Gallery of Art and The People’s Museum each showing work from A Day in the Life of Rathkeale, an exhibition of photographic works by young members of Limerick Youth Service in Rathkeale.

Scairt na hÓige is presented in response to the voices of young people, heard through a consultation process initiated by the Local Creative Youth Partnership in July 2019. Monica Spencer said: “Since that time, the LCYP has consulted with over 300 young people in 26 different settings in order to get an idea of the kinds of creative activities they enjoy or would like to try out.” Based on this consultative process, the LCYP has already delivered a programme that includes an art mural in Scariff, an alternative Mid-Winter celebration for teenagers in Limerick City, a photographic programme in Rathkeale, craft workshops in Kilrush and S. Mary’s, as well as a number of drama and dance initiatives.

With Music Generation Clare and Music Generation Limerick City as its key partners for Scairt na hÓige, the LCYP now looks forward to bringing the work delivered through its participative programmes to a wider audience, so that young people can celebrate a rich and diverse range of cultural opportunities, against the backdrop of one of Ireland’s most spectacular, geographic landmarks.

Limerick and Clare Education and Training Board established one of three national Local Creative Youth Partnerships (LCYPs) in 2019, under the auspices of Creative Ireland, an all-of-government programme that connects people, creativity and wellbeing. Guided by the voice of the child and young person, the LCYP works in partnership with state and voluntary agencies to deliver creative programmes for young people in out-of-school settings, across Limerick and Clare, with particular focus on marginalised communities.

The partnership includes representatives from local authorities, youth work, early years, arts and education; as well as from several areas within Limerick and Clare Education and Training Board. Working partners include Limerick Youth Service, Clare Youth Service and Foróige, with whom the LCYP has already delivered creative programmes in dance, photography, drama, craft, makeup, film and in a range of visual art genres. The choice of creative activity undertaken by groups is based on data collected through consultation with over 300 young people across 26 youth work settings in both counties.